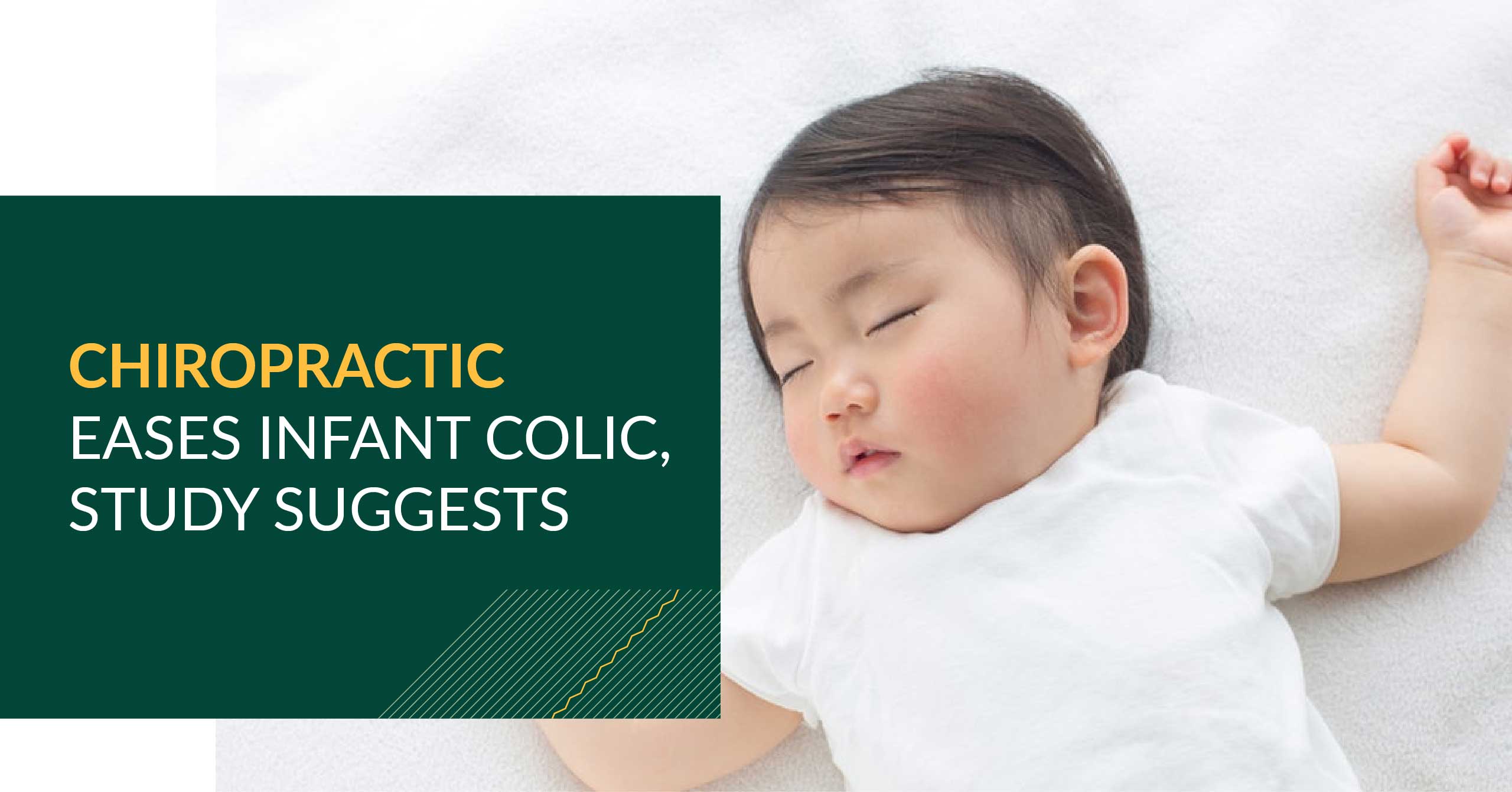 As if sleepless nights and endless crying weren’t enough, parents of infants with colic often endure a string of unsuccessful treatments and frustrating doctors visits as they struggle to fight the elusive condition. But new research offers hope to parents searching for natural treatment of infant colic: chiropractic therapies produced clinically and statistically significant reductions in crying time in colicky babies in a recent study.

Previous research has examined the effects of chiropractic therapies on colic with inconclusive results. In a 2006 study from Britain and in a 1999 Danish study, manual therapy was associated with significant reductions in crying time. In both studies however, parents were not blinded to the treatment infants received, leading critics to worry that parents’ knowledge of the treatment biased their reporting on infant crying time. In a 2002 Norwegian study that did blind parents to the treatment, no significant differences were found between a manual therapy and a placebo treatment. In still another study, two different manual therapies reduced crying time but there were no placebos for comparison. These varying results meant that although some evidence pointed to the benefits of chiropractic care for colic, questions lingered about parental bias and treatment efficacy.

Researchers pointed to studies showing that moderate finger pressure can induce a relaxation response in adults, decreasing heart rate and increasing alpha and beta brainwave activity. Other studies have found that manual impulse can similarly result in reduced heart rate in infants. This relaxation response could be a potential mechanism behind the reduced crying time. If colic is indeed related to musculoskeletal conditions as hypothesized by some authors, manual therapies could also address underlying musculoskeletal disorders.

While larger studies are needed to confirm these results, the study suggests that chiropractic therapies could be beneficial for infants with colic. Previous research suggests that chiropractors can play a role in treating colic related to infant headache. Doctors of chiropractic can also advise you in making nutritional and dietary changes to minimize allergic reactions that may also be an underlying cause of colic.

Marchland AM, Miller JE, Mitchell C. Diagnosis and Chiropractic Treatment of Infant Headache Based on Behavioral Presentation and Physical Findings: A Retrospective Series of 13 Cases.  Journal of Manipulative and Physiological Therapeutics 2009; 32 (8): 682-686.