TCM For Headaches & Migraine: Lift The Ache Off Your Shoulders 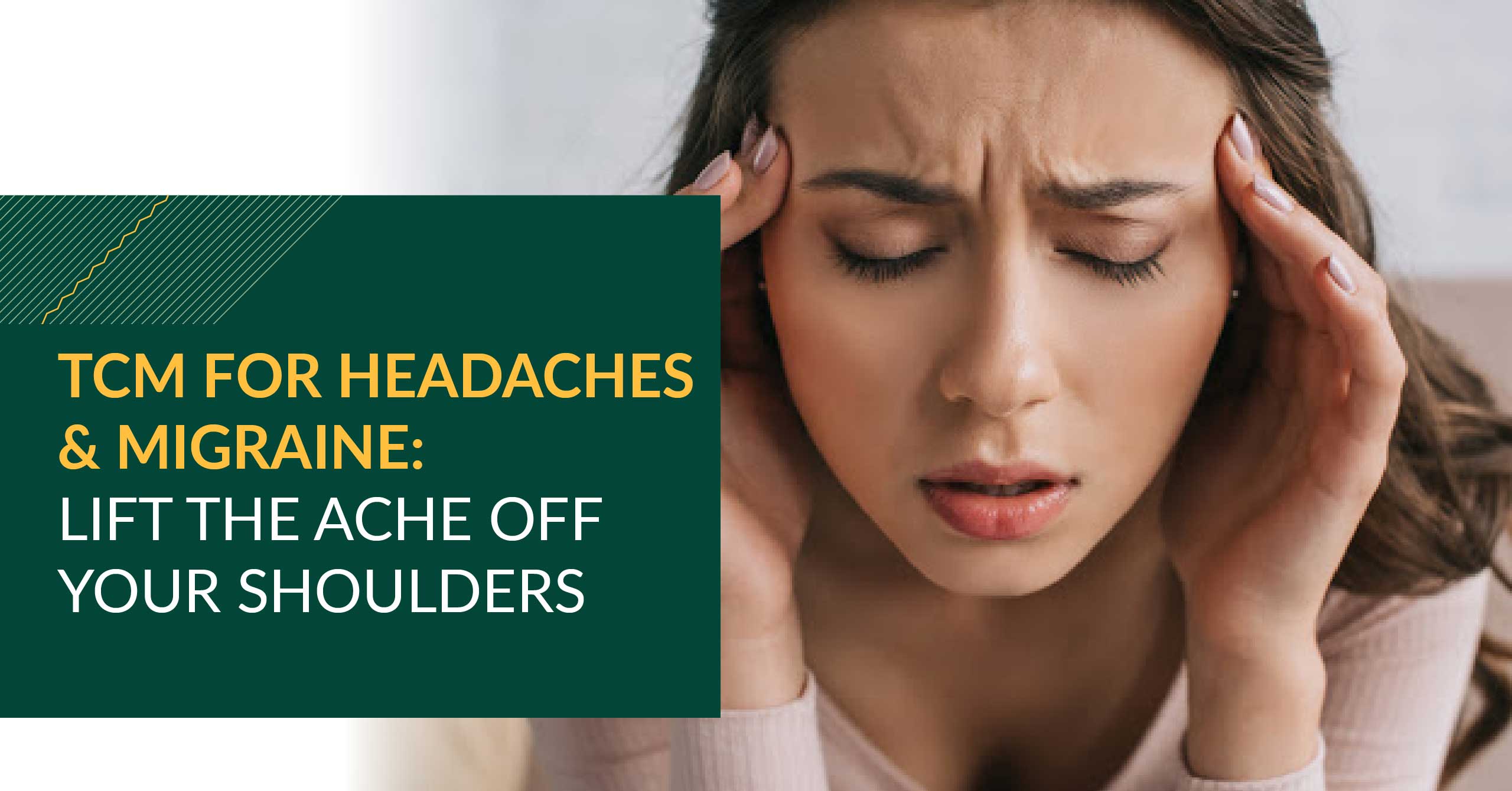 Did You Know? Migraine is the third most common condition in the world, affecting 1 in 7 people.

Migraine may be common, but if you have suffered from an acute attack before, you would know how debilitating it can be. Throbbing or stabbing headaches are just the tip of the iceberg. Other potential accompanying symptoms include nausea, vomiting, light hypersensitivity, blurred vision, and confusion. While most would reach for the painkiller at first sight, there are side effects like liver and kidney damage with prolonged usage. If you are a chronic sufferer, painkillers would not be a viable long-term solution. Surgery would be an option, but for those who want to avoid the invasive procedure, there’s always Traditional Chinese Medicine (TCM).

A Simple Headache That is Becoming More Than A Headache.

According to TCM philosophy, it is believed that there are two main causes of migraines, the invasion of wind, heat, cold or dampness due to the external environment (i.e. constant exposure to air conditioning), or body imbalances due to poor lifestyle habits (stress leading to insomnia). This will cause obstructions to qi and blood flow in the body, which may result in stagnated blood, and the migraine experienced may be accompanied by auras (visual disturbances like floaters or sparks) caused by a localized decrease of blood flow immediately followed by an increase of blood flow.

Generally, TCM practitioners will turn to a combination of acupuncture and acupressure (tui na) modalities to deliver rapid pain relief for different types of migraine conditions. Acupuncture is most appropriate during an episode of migraine attack. By inserting fine needles into acupoints and muscles in the neck and head regions, the attacked can be disrupted. Similarly, acupressure, or tui na, involves massaging various acupoints around the head and neck regions. Although tui na does not provide immediate pain relief, it reduces the intensity of pain and aids in the prevention of future migraine attacks.

In addition, both techniques will stimulate the release of endorphins in the body, which will enable a soothing and relaxing sensation after the treatment.

Some TCM physicians may also prescribe herbal medicine which will work towards alleviating pain and other symptoms during migraine episodes. This will also aid in the prevention of future attacks.