Surgery No Better Than Cognitive Interventions for Back Pain 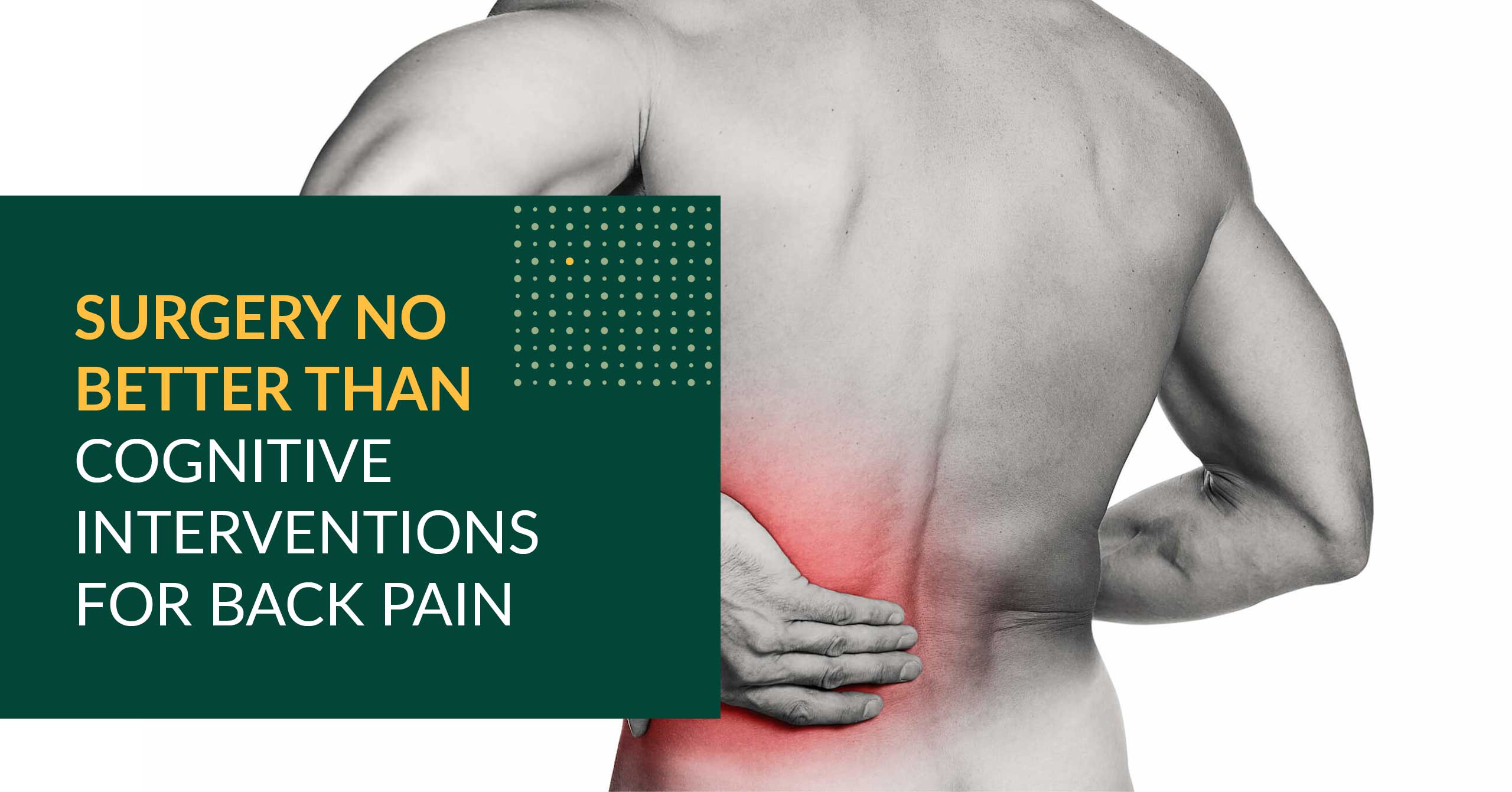 The use of surgery to treat lower back pain has increased considerably in the past twenty years, though there is little information about its long-term effectiveness when compared with conservative treatments such as exercise therapy or cognitive behavioral interventions.

Earlier studies found no differences in treatment outcomes when comparing cognitive interventions to lumbar fusion surgery. These studies only included a one-year and four-year follow-up however, and researchers wondered whether there would be more pronounced differences given more time. A recent study sought to compare the long-term effectiveness of cognitive interventions to lumbar fusion surgery.

The study involved patients aged 25-60 years, who reported chronic low back pain for at least one year and had degenerative changes at the L4-L5 or L5-S1. Some of the patients underwent lumbar fusion surgery. Others were treated with a cognitive intervention and exercise program lasting approximately five weeks and consisting of daily workouts, in addition to cognitive interventions designed to transmit the message that patients cannot harm their back by participating in daily activities such as gardening and housecleaning.

At nine years, no difference in outcome was seen between patients who underwent lumbar fusion surgery and those treated with cognitive interventions and exercise therapy. Both groups reported less pain and better function after nine years compared to both the baseline and one-year follow up. However, more patients who had received surgery continued to use pain medication and were unable to work.

This study supports previous research that concluded that back pain treatment requires a multimodal strategy involving focus on the psychological aspect of back pain. Previous studies suggested that cognitive behavioral therapy could be beneficial for patients with back pain, resulting in better physical, psychological, and behavioral outcomes.

Chiropractic care is another effective conservative treatment for back pain, and research suggests it may be more efficacious than many traditional treatments for back pain.