Why Women Get More Migraines Than Men 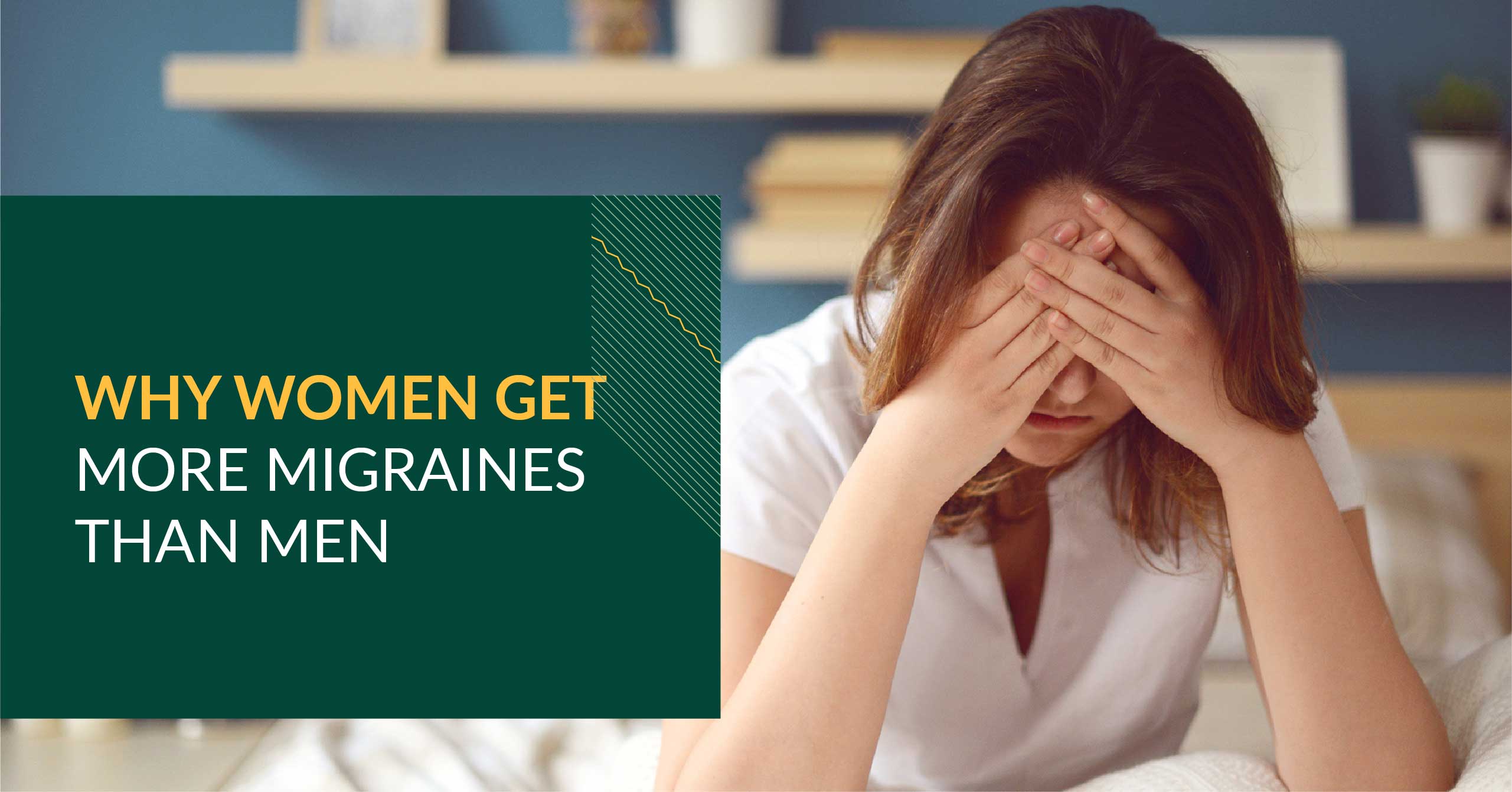 Nearly 18% of women are plagued with chronic migraine, compared to just 6% of men, according to epidemiological studies. New research offers insight into the migraine gender gap: it’s all in the head, or rather, the brain.

A recent study found that the brains of women with migraine are structurally different than male migraine sufferers.

Scientists from Boston Children’s Hospital and Harvard School of Medicine studied the brains of 44 volunteers, half of whom suffered from chronic migraines.

Using a series of brain scans, the researchers analyzed the brains of volunteers for structural features and brain activity. They found that female migraineurs had slightly thicker gray matter in parts of the brain responsible for pain processing and a person’s sense of self. These regions appeared to “work together” to process pain. When the researchers analyzed brain activity for pain networks, the structures of the brain involved in emotional pain networks were more active in women’s brains. Neither male migraine sufferers nor healthy volunteers showed similar structural features.

The fact the emotional pain processing regions were more active in women’s brains could explain why women migraineurs suffer from high rates of depression and anxiety.

And while scientists continue to unravel the causes of migraine, questions linger about which treatments are the most effective. Current medications for migraine are only successful in half of migraineurs, and in those patients, the medications only work half the time, pointed out Carol Cruzan Morton in Science Now.

Patients with migraine may benefit from seeking natural treatments. Studies suggests that herbal supplements, exercise, and chiropractic therapies can help to reduce the frequency and duration of migraine headaches for many patients.