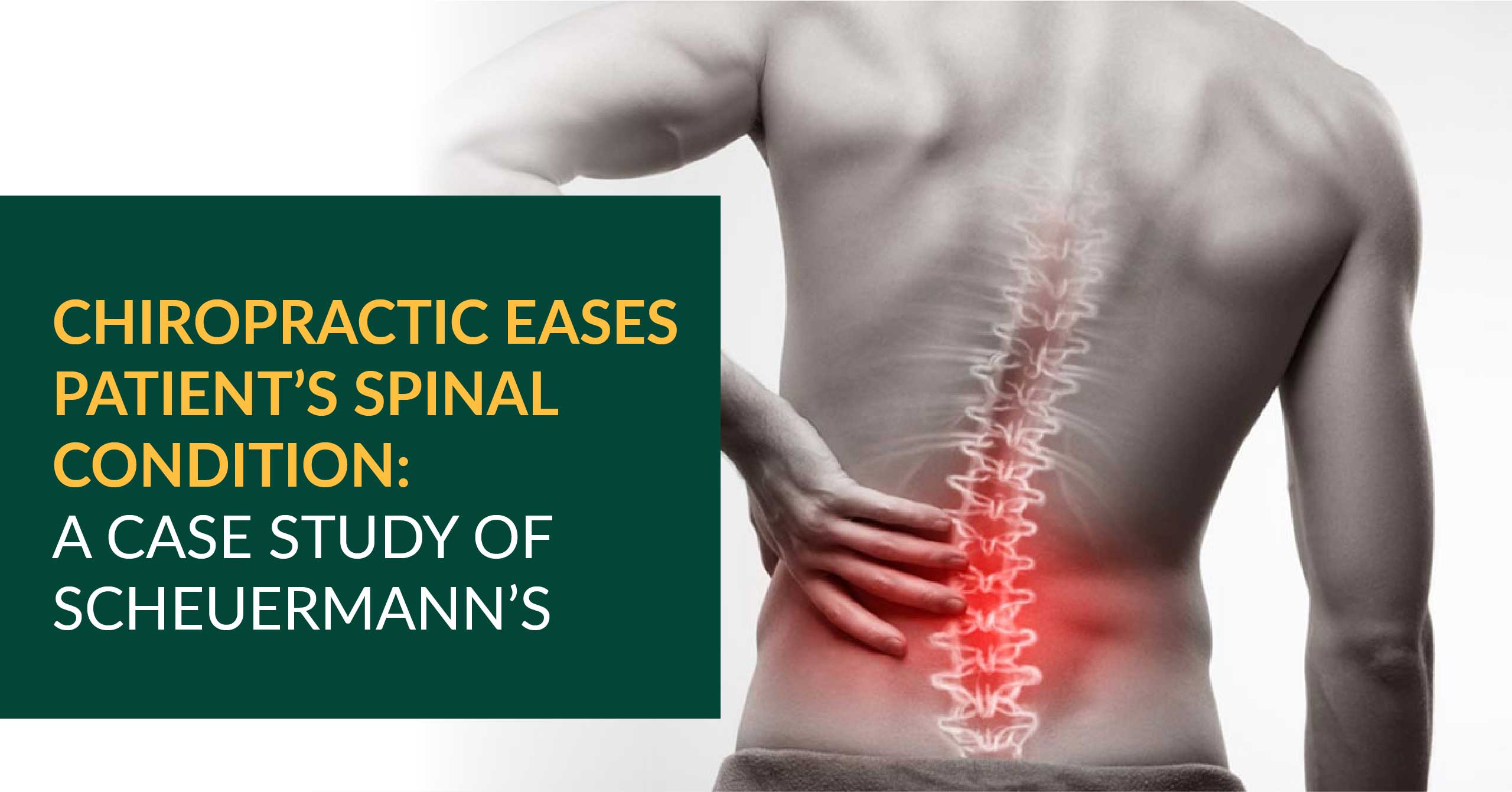 Scheuermann’s kyphosis, first identified in 1921, is a spinal condition involving at least three wedged adjacent vertebrae of 58 curvature or more. The typical age of onset is between 8 and 16 years; it is estimated that this condition affects 1-8% of the population, with about a third also developing scoliosis. Curvature of the spine may progress over time, causing pain.

Post-treatment examination showed improvements in retraction of shoulders and anterior head carriage. The benefits of chiropractic treatment for this spinal condition may include pain relief and postural correction. More research is needed to determine whether chiropractic care can stop or correct the kyphotic curve. Given the risks of back surgery and the potential of non-compliance with bracing, conservative chiropractic treatment offers another treatment option for patients with Scheuermann’s kyphosis.