Exercise for Kids May Strengthen Bones Later in Life 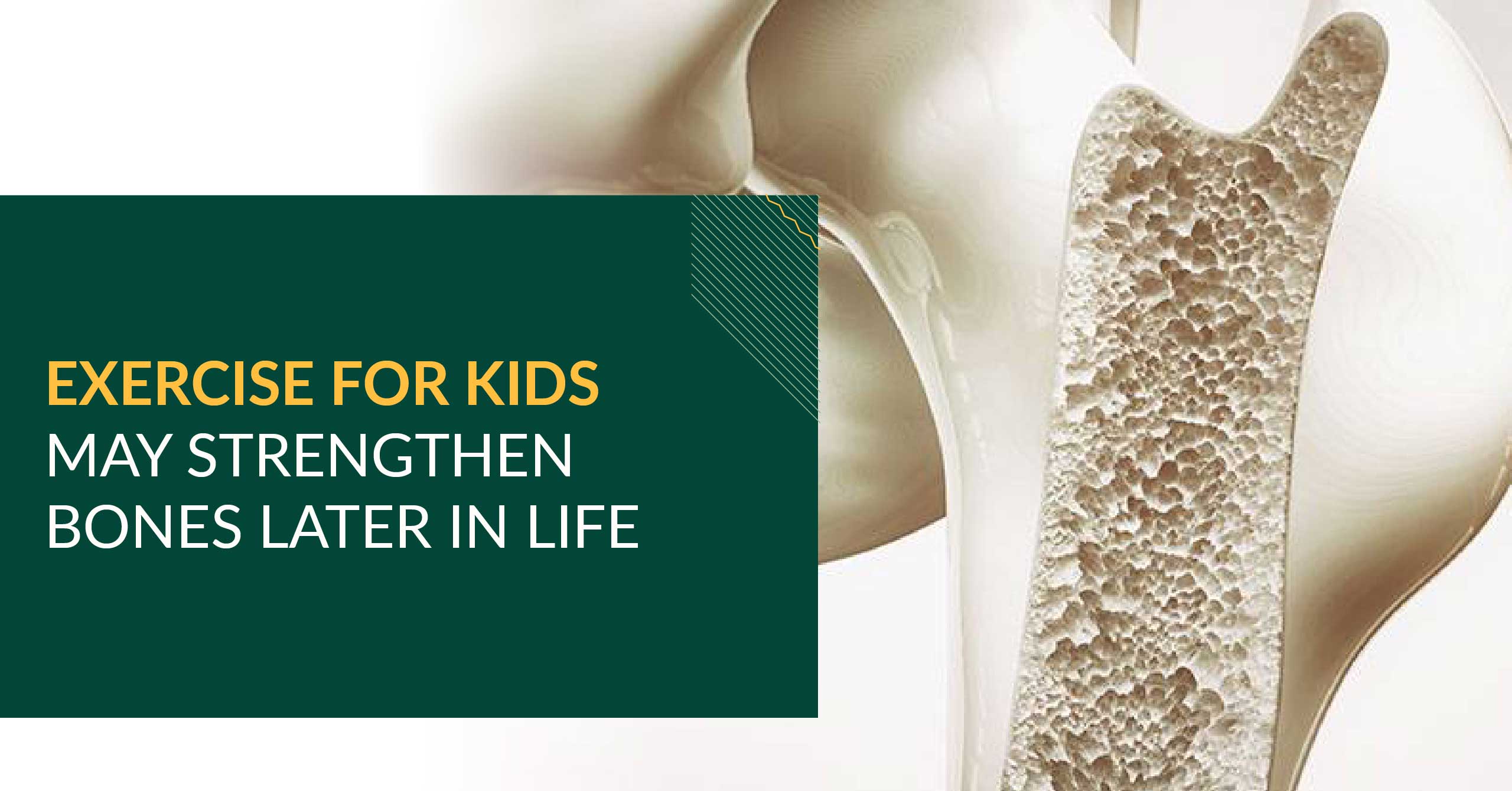 Previous research has shown the many benefits of daily exercise for kids, including fighting obesity, better sleep, and preventing stress. New research suggests another benefit of exercise in the growing years: Bone strength in old age.

Findings from a study in Skane University Hospital in Malmo, Sweden, involved over 800 children who participated in at least 40 minutes of physical activity every day at school. Each child’s skeletal development was recorded, and these findings were compared with a control group of children who completed only 60 minutes of physical activity a week.

The group who exercised more reported half the number of bone fractures during the six-year study period compared to the control group. Researchers also found that the more active group showed higher bone density in the spine. Bone density is an indicator of bone strength. When bones are denser early in life, the stronger bones are into adulthood, when bones naturally start to thin and weaken.

To further our understanding of the long-term effects of exercise and bone strength, the researchers also looked into the bone density and fracture rates of over 700 former male athletes in their 60s and 70s compared to a healthy but less active control group. The former athletes showed a smaller rate of bone density loss than the non-athletes.

“According to our study, exercise interventions in childhood may be associated with lower fracture risks as people age, due to the increase in peak bone mass that occurs in growing children who perform regular physical activity,” lead researcher Dr. Bjorn Rosengren said in a statement. “…Our study highlights yet another reason why kids need to get regular daily exercise to improve their health both now and in the future.”

So, take your children by the hand, get off the couch, and get moving. The benefits are endless and long-lasting.
BOOK NOW
Share This