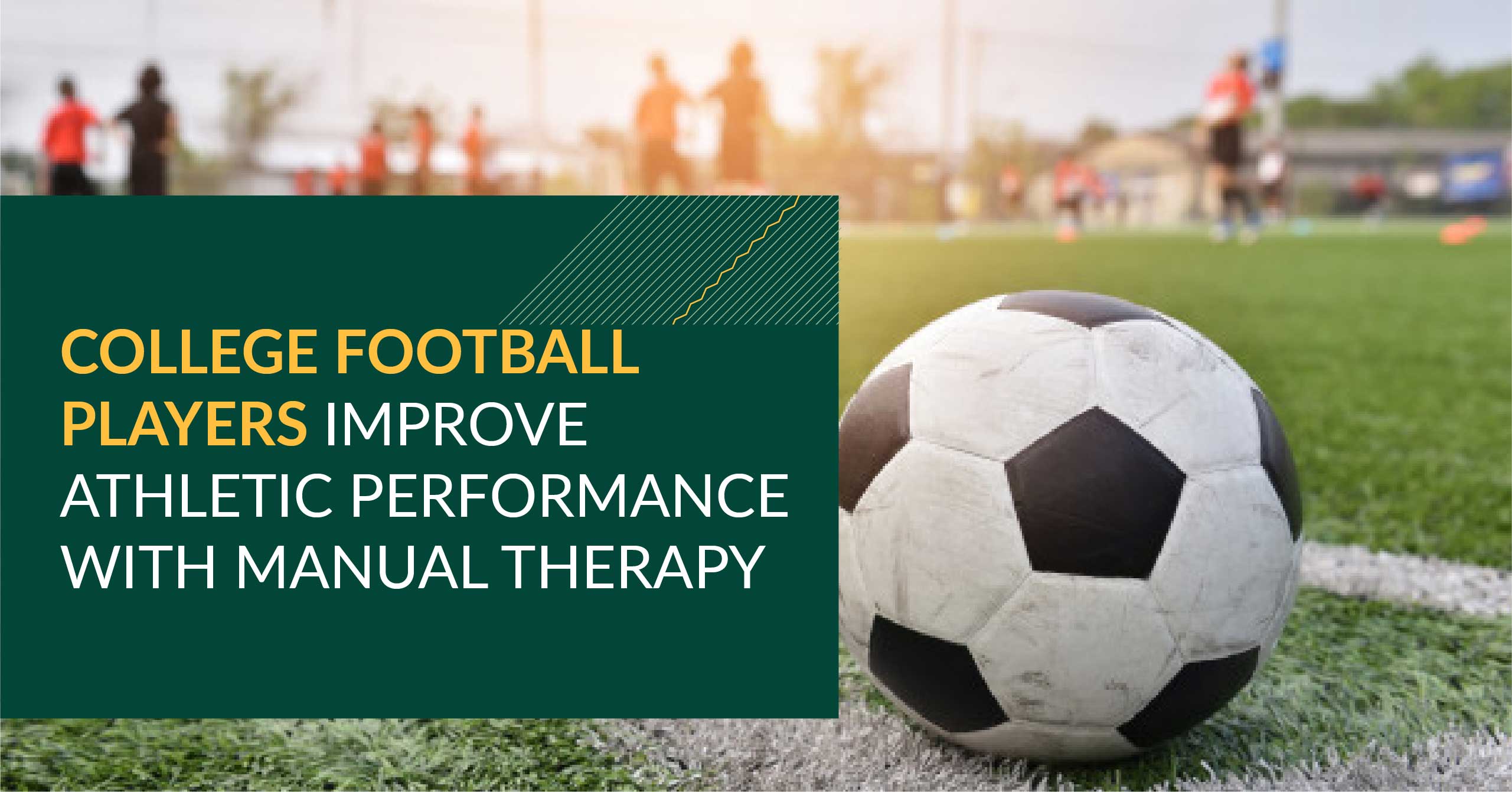 Manual Therapy and AthletesNew research suggests that improved athletic performance could be among the benefits of manual therapy. A recent study sought to gain increased understanding about the potential benefits of spinal adjustments in college football players.

Research SummaryThe research involved 115 football players at Virginia Tech who were provided with a total of 1,976 osteopathic manipulative treatments over the course of two football seasons. The players received adjustments in the cervical, lumbar, thoracic, and sacral sections of the spine. After each game, the players’ performance was graded by their coaches.

Chiropractic and Athletic PerformancePreliminary results from the study were recently published in the Journal of American Osteopathic Association. A similar study, published earlier this year, showed that regular chiropractic treatments improved the performance of professional judo athletes.