Over Half of Older Adults Bothered by Pain 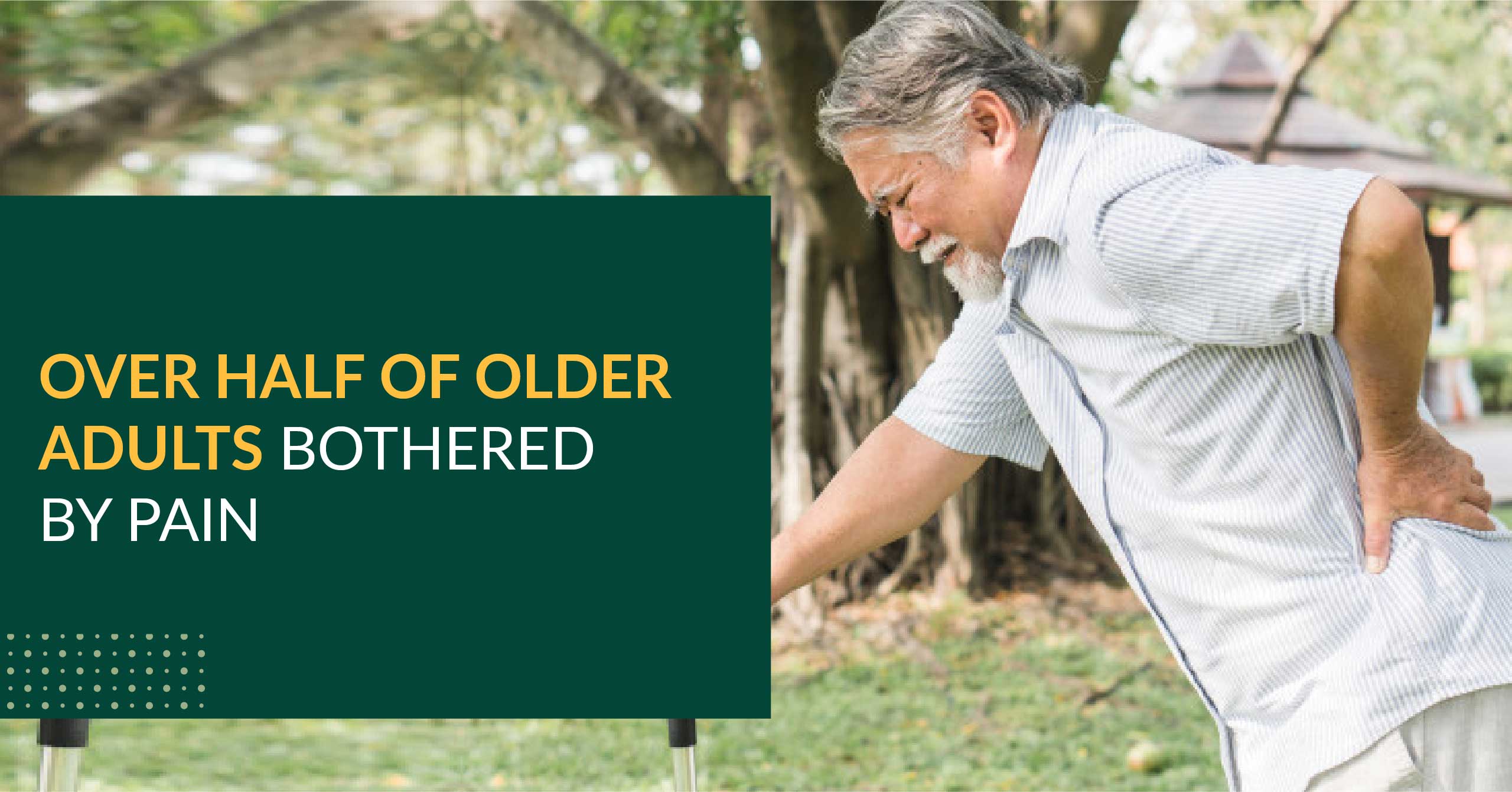 An analysis of data from a 2011 study has reported a high prevalence of pain in the population of American senior citizens.

Over 52% of adults in the U.S. aged 65 to 69 reported having bothersome pain in the previous month. Those over age 90 had a 56% likelihood to report pain. The data was taken from the National Health and Aging Trends Study and was presented by researchers at the annual meeting of the American Pain Society.

The high prevalence of recent and bothersome pain was not the only surprising finding revealed by researchers. It was also discovered that the incidence of troubling pain within the past month did not appear to significantly change between those in their 60s and those in their 90s. With the data including patients in nursing homes, researchers had expected to see a rise in pain as people grew older, but this did not appear to be the case.

Other age groups showed a similar pain prevalence, between 51% and 56% for older adults 70 to 89.

Almost three-fourths of the participants with pain said they had multiple areas of pain and that their pain impacted their ability to perform daily life activities.

For instance, patients who reported pain were 72% more likely to report inability to walk three blocks.

Mark Sullivan, MD, of the University of Washington in Seattle was interviewed by MedPage Today, saying that more research will be needed to determine the most beneficial pain treatment options of seniors. He said, “A lot of times, treatments make these geriatric patients worse. With pain treatments you are looking at quality of life. Nonsteroidal, opioids, gabapentin; really common pain treatments have a pretty substantial downside in older groups.”

Previous research has identified chiropractic treatment as effective not only to treat pain, but also to provide holistic wellness care for older adults. Chiropractors can provide pain relief that does not make geriatric patients feel worse; rather, they can improve quality of life and overall health for older adults, without side effects like those associated with drugs.